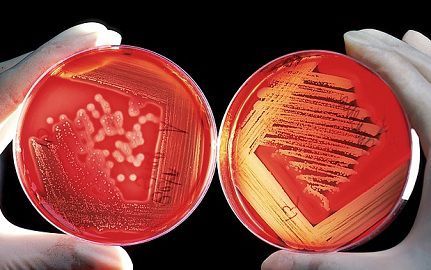 Staphylococcus is the group of Gram-positive bacteria that divides in variable directions (multiple axes) and forms the assembly or clusters (grape like). They are round shape and responsible for causing the multitude of diseases. On the counterpart Streptococcus are also Gram-positive bacteria, present in respiratory tract and mouth. They are responsible for causing rheumatic fever, impetigo, scarlet fever, tonsillitis, while some other species though commonly found in the throat but does not cause any human disease.

Bacteria are the most widespread microorganisms and cause many different diseases. Though not all species of bacteria are harmful, some may even do not mark their presence. In earlier days it was not possible to determine the type of infection and the underlying source, but the researchers, techniques made it possible to know about them along with the cure and reasons for an occurrence. So the person can get the suited medicines, treatment and can follow the preventive measures.

In this article, we will focus on some important points which distinguish both kinds of bacteria.

Under the microscope Staphylococcus appears to be round in shape, forming a grape like clusters. As said before they are the Gram-positive bacteria and falls under Phylum Firmicutes. Staphylococcus is derived from the Greek word ‘staphyle‘ which means the bunch of grapes and ‘kokkos‘ means berry. But in general terms, Staphylococcus is known as ‘staph’ or ‘staff’ which is related to the illness ranging from mild to severe and do not require treatment. Till yet there are at least 40 known species. These reside on the skin and mucous membrane but are harmless to humans and other organisms.

The most important features, while classifying the Staphylococci is their ability to produce coagulase, this enzyme supports in blood clot formation. This is done by S. aureus, S. hyicus, S. delphini, S. schleiferi, S. intermedius. S. aureus is catalase positive, which means it has the capability produce the enzyme catalase, which can convert hydrogen peroxide (H2O2) into water and oxygen.

These bacteria may cause infection directly or by the production of toxins. The symptoms and signs of the infection of staph include the furuncle, boil with pus. The infected area gets painful, swollen and inflamed. These can be treated with oral, topical, or intravenous antibiotics, depending on the type of infection. Till yet no vaccine is available to prevent the infection.

While another species called as S. pseudinternedius inhabits and may infect the skin of dogs and cats. S. saprophyticus species is a part of the vaginal flora and is mostly present in genitourinary tract causing infection in sexually active young women. S. epidermis is present on the skin but may infect the immunosuppressed patients. Staph infections can be prevented by proper hygiene, on any skin wounds. Proper handwashing, avoiding close contacts with infected individuals and maintaining hygiene on wounds, scrapes, and cuts.

These are the Gram-positive bacteria, belongs to the Firmicutes phylum. As the division occurs in single axes, they form the short chains or pairs. The word is derived from the Greek word where streptos means ‘easily bent or twisted’ and kokkos means ‘berry’. They are oxidase and catalase negative and are facultative anaerobes. Till yet around 50 species of this genera are recognized.

Key Difference Between Staphylococcus and Streptococcus

Given below are the main differences between two species, as apart from sharing some common features they differ in their appearance and their effect:

In this article we discussed and differentiated between Staphylococcus and Streptococcus, we found that both the genera are Gram-positive and are similar in shape and so-called as cocci, but their arrangement is different along with certain other features. These both are clinically important, as they cause the disease to humans.