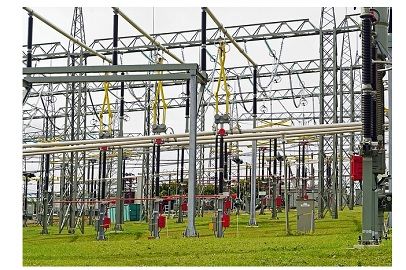 Insulators and conductors can be solid, liquid or gas, and in some exceptions like glass (solid) which is an insulator becomes conductors when melted at the higher temperature. On the other hand, semiconductors are present in the solid form.

Conductivity is the phenomenon of transmitting something like heat, electricity or sound. So, based on the conductivity of any material and the presence of a forbidden gap, they (materials) can be classified as conductors, semiconductors or insulators. In the article, we will be differentiating the three terms concerning other points on which they vary.

Electrical conductors can be metals, non-metals (conductive polymer and graphite), metal alloy, and electrolyte. Gold, Aluminium, Steel, Copper and Brass are the typical examples, which we encountered in our day to day life, and the most common is the pure elemental silver. As said above, conductors are mostly solid metals, that are moulded into the wires or incised onto the circuit boards.

Mercury is the best examples in case of liquids as a conductor. Gases are poor conductors, but when ionized they can become good conductors. So we can say that earth, animal, humans body, and metals are the conductors, that allow transition of heat and electricity from one point to other.

Materials that have the characters to behave like conductors, as well as insulators under different conditions, are known as semiconductors. We can also say that such materials whose conductivity lies between conductors and insulators (nonconductors).

Semiconductors are used in the making of the various electronic devices like transistors, integrated circuits and diodes. These devices are reliable, low cost, easy to use, and power and efficient. Germanium, Silicon, Tellurium, Tin, and other metal oxides are a few examples of semiconductors.

Semiconductors are used in power devices, light emitters (including solid-state lasers), optical sensors. As they have voltage and current handling capabilities, and they are considered as future elements in manufacturing electronic devices like industrial-control equipment, communication with data-processing, etc.

Insulators are mostly solid. Glass, Mica, Rubber, Quartz, Wood, Wool, Plastic are some of the typical examples of insulators. One of the significant advantages of the insulators is that they act as the protectors against heat and electricity and form sound too.

Below given points will highlight the common though significant differences between conductors, semiconductors and insulators:

In this article, we discussed three types of materials – Conductors, semiconductors and insulators. These are mainly differentiated based on electrical conductivity and other related properties. It is essential to know about them as these items are used in our day-to-day life, and materials like superconductors have a wide range of applications in manufacturing future electronic items.