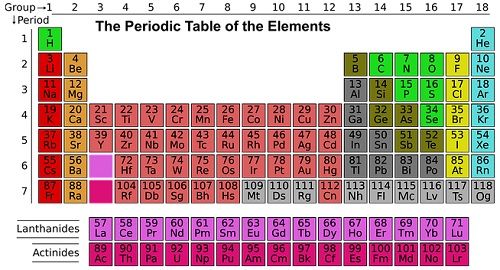 All types of matter are composed of the atoms of the various elements. Till now there are more than 100 elements have been found in nature, and it is believed that their number can exceed. Each element acquires certain physical and chemical properties.

Physical properties like colour, hardness, type of existence (solid, liquid or gas) and their shine (luster), or those characteristics which can be observed without any chemical reactions.

Therefore, it has been observed that the elements share these properties with one or the others and on the ground of which they are been categorized in three classes, viz are metals, non-metals, and metalloids and are fixed in the periodic table. The arrangement of the elements in the periodic table share such information from one to other, left to right, top to bottom.

In this content, we will apparently discuss the point on which metal, non-metals, and metalloids differ. We will also provide a summary of them with examples.

Metals are the most abundantly found among all elements. Metals are being placed on the left-hand side of the periodic table, and further moving up, and to the right, the metallic character decreases. Metals are further classified as basic metals, transition metals, alkali metals, alkaline earth metals, lanthanides (rare earth elements), and actinides.

The basic metals exhibit the characteristics of metals. Bismuth, Aluminium, Gallium, Indium, Thallium, Lead, Nihonium are some of the basic metals.

They are characterized by having their subshells d or f partially filled. Due to this reason, these metals show coloured complexes. Scandium, Vanadium, Titanium, Manganese, Iron, Cobalt, Copper, Nickel, Rhodium, Palladium, Lanthanum, Tungsten, Silver, Gold, Mercury, Platinum are some of the Transition metals.

The far left side of the periodic table in group IA are the alkali metals. There are highly reactive metals. Lithium, Potassium, Sodium, Rubidium, Cesium, Francium are some of the alkali metals. Hydrogen is the exception, as a pure element, it is found free in nature. Therefore hydrogen when in the metallic state is said as alkali metal but it is usually counted as non-metal.

The IIA group of the periodic table are the alkaline earth metal, and it is the second column of elements. These elements are less reactive than the alkali metals through the metals are shiny and hard as well as malleable and ductile. Magnesium, Beryllium, Radium, Barium, Calcium, and Strontium are the names of alkaline earth metals.

The lanthanides and actinides are separate on the periodic table and are said as specific types of transition metals.

These elements are located on the right side of the periodic table (exception is hydrogen placed on the top left). They have low melting and boiling points.

Names of the Non-metals (including halogens and noble gases).

Hydrogen and Helium make up 99 percent of the mass of the universe, even living organisms consist of non-metals.

Metalloids are also known as semimetals. These elements have the properties of both metals and non-metals. Metalloids play a role as semiconductors which are used in electronic devices and computers. In the periodic table, they are present in a zig-zag line between boron and aluminum and down to polonium and astatine. Metalloids may also be used to make polymers, ceramics, and batteries.

Names of the some metalloids

Boron, Germanium, Silicon, Arsenic, Antimony, Tellurium, Polonium, Tennessine. Although ogenesson and tennessine are the exceptions in this case.

In this article, we studied the metals, non-metals and metalloids and how their physical, as well as chemical properties, differ from each other. Here we focused on some examples like hydrogen which may behave like metals as well as non-metals. All the elements are being displayed in the periodic table.