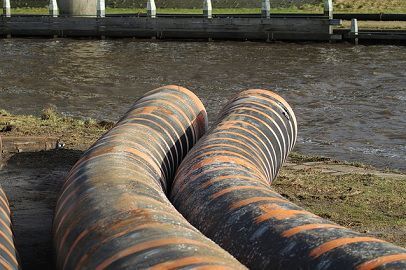 However, BOD is widely used due to some practical reasons, but the analysis of COD is much faster and accurate than the BOD. These are the two parameters used for measuring the degree of the organic pollution present in sewage or water body. Sewage is a liquid waste or any waste collecting from industrial or domestic sources.

The aquatic animals (fish or other microorganisms) depends on the dissolved oxygen (DO) – the oxygen present in water to living. DO usually depends on the water temperature, the amount of oxygen taken out or used by the other decaying organisms, the quantity of sediment in the water and the amount of oxygen given back by photosynthesising plants, etc. DO is generally measured in milligrams per litre (mg/l) or parts per million (ppm).

Natural organic waste and detritus from various sources like falling septic tank, wastewater treatment plants, agricultural and urban runoff, are the food source for the bacteria or other microorganisms. The bacteria decompose the organic matter using dissolved oxygen (DO) in the aerobic condition and thus declining the level DO for other aquatic animals.

Hence, it is necessary to treat the wastewater, to reduce the BOD level discharged to natural waters, which is done through wastewater treatment plants. Although in this content we will focus on the points on which BOD and COD differ.

Biochemical Oxygen Demand or BOD is the widely used parameter for measuring the organic pollution in the surface as well as sewage water. It involves the measurement of the amount of dissolved oxygen (DO) consumed by the microorganisms (aerobic organisms) for the biochemical oxidation (break down) of organic matter in the provided water sample at a specific time and temperature.

The method involves the incubation of the sealed water sample for the period of the five days (hence the name given ‘BOD5’) at 20 degrees Celsius. It the organic content in the water sample is found to be high, then the water is diluted for the measurement of the BOD. The loss of oxygen is measured since the beginning of the test; therefore two measurements are observed, one is at the initial stage and second is on the final day. 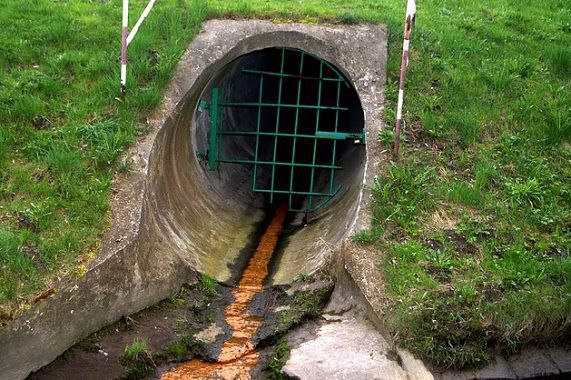 BOD indicates the amount of organic matter present in the sewage. Ultimately BOD directly affects the dissolved oxygen (DO) of the streams and rivers. So, the more the organic content in the water the higher is the value of BOD. The value of BOD is expressed in milligrams of oxygen per litre of a given sample. The BOD is considered weak in the given water sample when the value is around 100 mg/l; medium when it is 200 mg/l and strong at 400 mg/l. If the dissolved oxygen present in the sample is less than the BOD value, the matter decomposes anaerobically and produces a foul smell.

So we can say that the greater the BOD in the water, the lesser is the availability of the oxygen for the living beings present in that water body. This would greatly affect the life of the living being present in the water, and due to suffocation and stress, they will die. Sources for the BOD are leaves, animal and plant waste, wastewater treatment plants, failing septic system, woody debris, waste from paper and pulp mills, petroleum residues, etc.

Chemical Oxygen Demand or COD measures the amount of dissolved oxygen (DO), required for the decomposition or destruction of the organic matter or polluted matter by adding strong chemical oxidising agents. It can be explained in simple words, as the analysis of the oxygen-depletion capacity of the given water sample, contaminated with the organic waste matter.

COD is used in all water quality management programmes as it removes the pollutants present in water by measuring the equivalent amount of oxygen required to oxidize the organic compounds chemically. Usually for this potassium dichromate (K2Cr2O7) is employed for this purpose, but in the presence of a catalyst in acidic medium and with the boiling of sulfuric acid (H2SO4).

COD can be determined in just three hours and has more accurate results than BOD. Importantly, COD is the only method to measure industrial waste, which cannot be performed by the BOD. Even the presence of cellulose in the water is measured through this process only. The COD is considered as weak when the value in the given sample is around 250 mg/l; medium at 500 mg/l and strong at 1000 mg/l.

Following are the chief points with regards to differing the BOD to that of COD:

Both the method BOD and COD are used for checking the water pollution in the given water sample; however, COD is easy, saves time and provide faster analysis than the BOD. However due to some practical still BOD is much in use than the COD, apart from these methods, there are two more methods used in wastewater treatments.