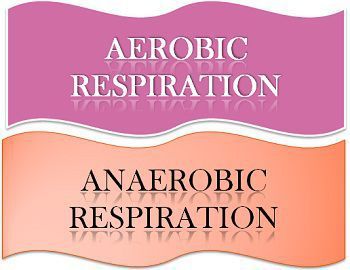 So accordingly the chemical reaction involving the breakdown of the nutrient molecule with the aim of producing energy is called respiration. Thus the energy required by the body to perform well which is produced by the chemical reaction. This process takes place in the mitochondria or in the cytoplasm of the cell either aerobically or anaerobically.

Aerobic respiration can be described as the chain of reactions catalyzed by enzymes. The mechanism involves the transfer of electrons from the molecules acting as the source of fuel like glucose to the oxygen which works as the final electron acceptor.

This is the principal pathway for yielding the energy in aerobic respiration. This scheme at the end provides ATP and metabolic intermediates, working as the precursor for many other pathways in the cell, like carbohydrates, lipid and protein synthesis.

Thus the equation can be summarized as:

So the total yield of ATP is 40: Four from glycolysis, two from the TCA, and 34 from electron transport. Though 2 ATP were used in early Glycolysis, so this gives only 38 ATP at a time.

While the amount of total energy released is 2900 kJ/mol of glucose. There is no production of lactic acid. The aerobic respiration process goes on continuously in the body of plants and animals.

Thus the equation can be summarized as:

As in the above reaction, glucose does not completely break down, and hence it produces very less energy. So the total amount of the energy released regarding kilo per joules is 120 kJ/mol of glucose. It produces lactic acid.

Following are the substantial differences between both kind of respiration:

From the above article, we can say that energy is an essential factor, concerning the work performed by the body. The energy requirement is fulfilled by the two type of chemical reactions occurring inside the cell within the body of all kinds of living beings like microorganisms, plants, animals. These chemical reactions are of two types one is called aerobic respiration and the another is called anaerobic respiration, which we discussed above.

Respiration and breathing are the two different kind of process, that takes place simultaneously inside the body, where the former (respiration) is related to the production of energy, involving the breakdown of nutrient and converting it to the form of energy, while the latter (breathing) is linked to the inhalation and the exhalation process of oxygen and carbon dioxide relatively.