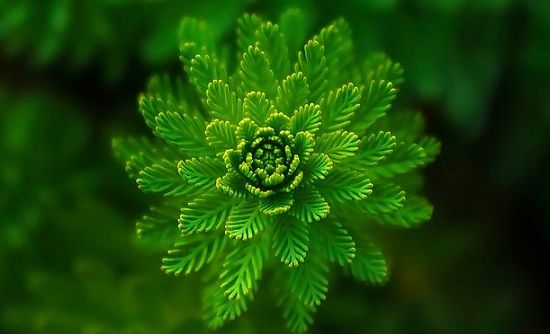 The type of plant hormone that controls the cell elongation in plants during phototropism and gravitropism is known as Auxin. Another type of plant growth hormone ‘Gibberellin‘ regulates the seed germination shoot elongation, flower, and fruit maturation.

Such important biochemicals that influence plant growth and cell differentiation, tissues, and organs under various conditions are known as Plant hormones. The term was elaborated by the German botanist ‘Julius von Sachs’ who pointed out that plants can produce a chemical substance, which is carried by plant tissues, resulting in the growth and formation of the plant and its various parts.

Plant hormones are also known as Plant growth regulators or Phytohormones which play the role of chemical messengers in plants. They are of five types: auxins, gibberellins, cytokinins, abscisic acid (ABA), and ethylene. These hormones coordinate work together for the growth and development of plant cells.

Plant Growth Inhibitors promote dormancy to inhibit the growth and abscission in plants. Auxins, cytokinins, gibberellins are examples of plant growth promoters, while abscisic acid is the example of inhibitors.

We all are aware of the extrinsic factors that a plant needs to grow, which are air, water, and sunlight. But apart from these essentials, intrinsic factors such as the growth hormones also play a vital role from their side. In this article, we will be highlighting two types of hormones which are Auxins and Gibberellin, how they vary from each other, and their functions.

The first growth hormone discovered and derived its name from the Greek word ‘auxein‘ which means ‘to grow‘. These were observed by Charles Darwin and Francis Darwin. They observed that the coleoptile tip in canary grass bends and grows towards the source of light, and the phenomenon is known as ‘phototropism’.

From this observation, it was concluded that auxins are responsible for cell growth and its division in gravitropism and phototropism. They also play a role in leaf development and the differentiation of vascular tissues.

Indole-3-acetic-acid (IAA) and Indole butyric acid (IBA) are the only natural auxin produced by the plants. These auxins are present in stem and rots and then are carried to the site where they are required. The synthetic auxins are 2, 4-dichlorophenoxyacetic acid (2, 4-D) and Naphthalene acetic acid (NAA).

Gibberellins are the set of around 125 closely associated compounds and are found in numerous fungi, lower as well as in higher plants. It mainly plays a role in shoot elongation, seed germination, and the maturation of fruits and flowers. Due to their acidic properties, they are denoted as – GA1, GA2, GA3, etc. Gibberellic acid (GA3) is the most studied and critical one, as it was first to be discovered.

Another compound of GA4+7 is used in plant tissue culture; gibberellin is also used in adventitious root formation, and in the stimulation of organogenesis.

Key Differences Between Auxin and Gibberellin

The following points will highlight the critical distinctions between the two types of plant hormones, which are Auxin and Gibberellin:

We can conclude that among the five types of hormones found in plants, auxins and gibberellins play a major role in regulating the growth and development of plants; though they are found in small amounts but are considered to be an essential one. These are required to carry out various biochemical reactions and in coordinating and responding to the signals provided by different parts of the plant.