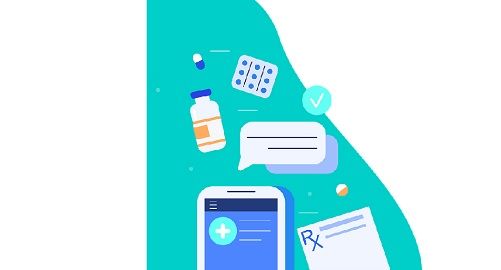 Tubectomy is the sterilization process in the female that prevents the passage of eggs from reaching the uterus for implantation, and it is a small incision technique. Vasectomy is the sterilization process of the male that prevents the passage of sperms, and it is also the small incision technique.

These two methods are known as permanent methods of sterilization or contraception. These methods are advised to any one of the partners either male or female as a way to prevent any more pregnancies. In this method gametes, transportation has been blocked and thus inhibiting the pregnancy.

These techniques have great effects, but their reversibility shows poor impact. This process does not guarantee against any sexually transmitted infections also.

Sterilization is recommended only for such persons, who are sure that they do not want more children or any children. Sterilization is not considered the best choice for people if their partner is unsure or under any stress, for example, relationship difficulties, any abortion or miscarriage, or after the birth of a child.

Most people under the age of 30 regrets after sterilization, who had no children, had a relationship, or changed their relationship. So, it is advisable that single or young people should always receive extra counseling. With the way to highlighting the distinct points on which tubectomy and Vasectomy differ, we will also provide a summary on them.

The ‘Tubus‘ means Pipe and “Ektome’ means cutting. In this method, a small portion of the fallopian tube is cut and then tied up by a small incision in the abdomen or through the vagina. It is also known as Female or Tubal Sterilization or Tube ligation.

Fimbriectomy is the process where the portion of the fallopian tube is disconnected from the ovary, to reduce the passage of accepting the eggs and moving them to the uterus. Tubal Clip is the permanent way where the permanent clipping of the fallopian tube is done and tied together which prohibits the movements of the eggs from the ovary to the uterus. In the Tubal ring method, a silastic band is used, which is tied to the tube.

Sterilization is the permanent solution for women seeking for controlling childbirth or any unwanted pregnancy. Although tubectomy is not safe for persons who have any medical history especially related to the abdomen, heart, lungs, the person should consult a medical professional for this process as there can be an infection or abdominal pain in some cases. There are no chances of Ectopic pregnancy too.

The term ‘Vas‘ is related to Vas deferens, and ‘Ektome‘ means cutting. In this method, a small portion of the vas deferens is cut and then tied up by a small incision on the scrotum. Vasectomy is a super-effective technique to protect against pregnancy permanently. It is also called ‘male sterilization’.

As said above it is a simple surgery performed by medical professionals in hospitals or clinics. In this process, the small portion of the tube present in the scrotum that carries sperm is cut and blocked off by tieing it so that sperms do not lose from the male’s body and cause pregnancy.

This process is very quick and effective in preventing pregnancy. There are two types of Vasectomy: the no-scalpel method (no-cut method) and the incision method. A no-scalpel method is said a safer one as it does not have any risk of infections, or any complications and needs less time to heal.

Vasectomy is more than 99% effective and is the difficult reverse, so one should think twice before making any such decision though it does not have a long-term effect on your health. It doesn’t show any effects at the hormonal level or sexual life.

Key Differences Between Tubectomy and Vasectomy

Following are the essential points which display the difference between the two sterilization process:

In the above content, we came to know about the two types of sterilization process done in males and females, to control childbirth. These methods are useful in population control or in for other reasons. It is also sometimes performed in animals also. But these techniques should always be performed under medical or healthcare professionals only.