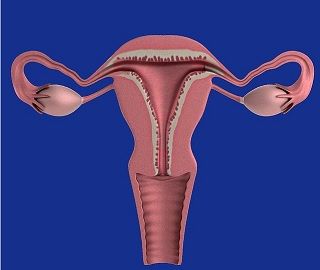 The onset of the first menstrual period in the female adolescent is the menarche, while the termination or end of the menstrual cycle in the females is known as menopause.

These are the two significant physical and biological milestone in the female’s life. The studies on these events reveal that partially genetic and partially non-genetic factors (environmental factors, lifestyle, etc.) influence the age at which menarche and menopause in females.

Although there are various medical issues also that females suffer during or in between these two phases, like PCOD, PCOS, problems during menses, childbirth problem, etc., but with the upsurging researches and studies on these issues, medical science has improved in getting rid of these problems also.

There are few, though essential differences between these two terms (menarche and menopause), that are interesting to read as one tells you about the starting stage of the menstrual cycle, and the other informs about the ending of that period and its symptoms or changes that go in a females body.

On reaching the puberty stage, menarche starts. In females, the first menstruation that occurs between the age of 13 years -16 years of age is known as menarche. This happens when the level of reproductive hormones increases. The girls at a younger generation only start showing the sign of puberty like growing of pubic hair and breast growth, etc.

Menarche is influenced by the genetics factors as well as non-genetic factors such as lifestyle, nutritional status and environmental factors. It is found that there is an increased risk of endometrial cancer and breast cancer, with the association of the early menarche. The studies show that this concept is related to the high level of estrogen (a female reproductive hormone).

On reaching the stage of 45-55 years, the menstruation cycle and ovulation stop in females and this stage is known as menopause. This occurs when the hormonal level decreases.

The women entering this phase, experiences mood swings, hot flashes, difficulty in sleeping, weight gain, etc. The female getting into “early menopause” which may occur at the age of 30s, may have fertility problems and are also likely to be influenced by the genetic factors.

Key Differences Between Menarche and Menopause

Upcoming points will highlight the common though essential differences between menarche and menopause:

In this article, we have studied the two essential milestones by which the life of female passes through, these were the menarche and the menopause. It occurs at a particular stage of life in females, and it is a natural biological process, that informs about the reproductive stages of them.