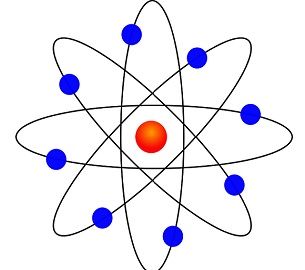 Niels Bohr postulates the atomic model which states that electrons move in specific circular orbits around the nucleus with quantized kinetic and potential energies. Ernest Rutherford said that an atom consists of the whole mass that is concentrated into the center.

From the above statement, we can say that both the models of the atom differ in the way they explained the movements of electrons around the nucleus and their energy levels. We all are aware of the modern theory which says that “matter is made up of tiny particles known as atoms which in turn are made up of subatomic particles”.

The Atomic theory is the scientific explanation of the properties of atoms and matter that combines factors of physics, chemistry, and mathematics. The word ‘atoms’ is derived from the Greek word ‘atomos‘, meaning ‘indivisible‘. Though Atomic theory is the concept that originated in ancient India and Greece.

So, it can be said that the Atomic theory has crossed the thousands of years, when it begins in the 5th century B.C., with Democritus theory “matter consists of the indivisible, indestructible units that interact with each other“. Moving onto the 18th century when Dalton’s proposed the atomic theory and then passing in the 20th century with the discovery of subatomic particles, the plum pudding model, Rutherford model, Bohr model, and quantum theory, the journey was full of discoveries and information.

But the two milestones along the whole path is the Bohr atomic theory, which was the modified version of the Rutherford atomic model and so sometimes named as Rutherford-Bohr atomic model. With reference to these theories, in this article, we will be highlighting the difference between the two, with a brief explanation of their work.

This theory was postulated by a Danish physicist named Neil Bohr in 1922 and has got its name as Bohr atomic model. This model is the modification of the Rutherford atomic model and so sometimes known as the ‘Rutherford-Bohr Model’. 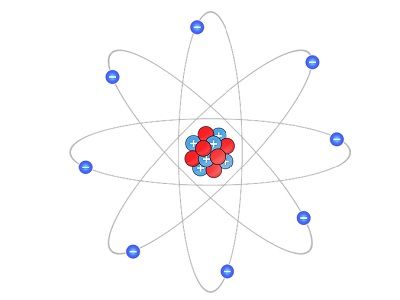 Bohr’s model of the atom is rooted in quantum mechanics. Though it also has some pros and cons but considered as essential as this theory explained many points regarding atomic theory without any high-level maths. It also explained the spectral emission lines of atomic hydrogen known as the Rydberg formula.

The Bohr Model is the planetary model which states that electrons move in a specified path known as an orbital shell. He also explained that this orbital shell has a fixed energy level. The Bohr theory is one step ahead of Rutherford’s model, where it described electrons and different energy levels. The Bohr model consists of small negatively charged electrons, which orbits or revolve around the positively charged nucleus.

Postulates of the Bohr Atomic Model

Drawbacks of the Bohr Model

In 1897, J.J Thomson’s students put up the ‘Plum Pudding model‘ incorrectly and found atoms consist of subatomic particles called electrons and protons. Though he did not make it clear about the arrangement of such particles within the atom. Later on, in 1911, Ernest Rutherford, with his coworkers tested Thomson’s hypothesis by doing the ‘gold foil experiment’.

Rutherford with his coworkers Hans Geiger and Ernest Marsden performed historical experiments, that would change the concept of the model of an atom. In ‘The Gold Foil Experiment‘ they bombarded fast-moving alpha particles on the very thin sheets of gold foil. The alpha particles are the natural radioactive particles that are positively charged.

The experiment aimed to observe the deflection of alpha particles through the sheet, and for this, he put a screen of zinc sulfide around the gold foil.

Postulates of Rutherford Atomic Model based on the Gold Foil Experiment

Drawbacks of the Rutherford Atomic Model

Given points are the critical one to understand the difference between two theories:

In this article, we studied the comparison chart between two atomic models, with their advantages and disadvantages. Although they both explained the concept of atomic structure with minute variations. Bohr model is said to be the modification of the Rutherford model. However, such models have contributed towards advanced models of atomic structure.