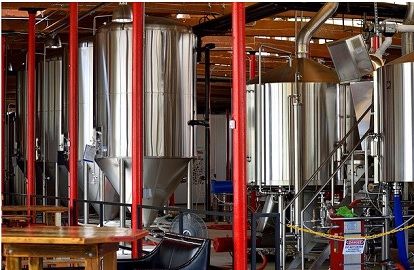 Man has been using the microorganism since centuries for various purposes, especially in the production of food and beverages like cheese, bread, butter, curd, wine, beer, pickles. But the actual or organized use of microorganisms started for large-scale production in industries began about two centuries ago.

Both the techniques (bioprocess and fermentation) are widely exploited and is industrially used for producing various products such as vaccines, pharmaceuticals (insulins and antibiotics), beer, wine, etc. Proper measures of the factors such as temperature, pressure, pH, moisture, oxygen level and are checked to maintain cell growth and productivity.

With this, content is dedicated to discussing the main points that highlight the differences between the two types of necessary process used in pharma, food and wine industries basically, and these are bioreactor and fermenter.

The bioreactor is the advanced version of the fermentation technology, which are widely used for in industries for large-scale production of various products. This process broadly involves various enzymatic catalyzed reactions that are carried out by the living cells for the industrial purpose.

In the bioprocess technology, preferably plant and animal cells (insects, mammalian cells) are cultivated or grows, and it also supports the growth of the secondary metabolites that include vaccines, antibodies, pharmaceuticals products, etc.

The main aim of all these bioreactors is to make sure that all parts of the system are subjected to the same conditions. Based on purpose, bioreactors can be classified as biofilm and suspended bioreactors, that process cell cultures.

The main advantage of bioreactor is that it promotes the various type of biochemical reactions and secondly the doubling times can be 14, 17 or even 24 hours.

The word ‘fermentation‘ has been derived from the Latin word ‘fervere‘ which means ‘to boil’. The biological process that occurs in the absence of oxygen (anaerobic) is known as the fermentation.

Although, with the upgraded technology and introduction of industrial fermentation, for the large-scale cultivation of microorganisms, the word anaerobic is not applicable with all types of fermenting processes.

In the process of fermentation, microorganisms like bacteria and fungi are used for the production of lactic acid or ethanol. Fermenter also provides conditions like temperature, nutrients for the microorganism to grow.

Advantages of the fermenter are that bacteria and fungi (prokaryotes) both are supported to grow or are cultivated, and the doubling time is only 20 minutes. It facilitates only fermentation.

Key Differences Between Bioreactor and Fermenter

Upcoming points will are the significant one to get the differences between the bioreactor and fermenter:

In this article, we came to know about the bioreactor and fermenter, although both are closely connected and sometimes can be interchanged in a broad sense. Sometimes fermenter can be bioreactors, and the only difference lies in the type of biochemical reactions that occur in them.