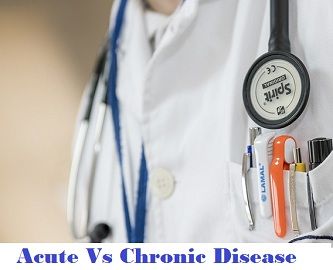 By saying or concluding that the disease is acute or chronic, it will not define the severity of that disease rather only length of the illness or diseases. As sometimes acute condition may develop into chronic disease also, like in case of asthma, the first attack is said to be the acute condition, but it may later develop into the chronic condition if left untreated.

The phenomenon by which disease can be classified depends on many factors. These factors can be the condition due to which the disease occurred, the duration of a disease and its severity. So, on these points diseases falls under two categories – Acute and Chronic.

A disease marked by the sudden onset of symptoms is called as acute disease. This type of medical condition resolves quickly on their own or with mild medical treatment. An acute condition sometimes may be so fast acting and severe also that it gets difficult for the patient to survive. 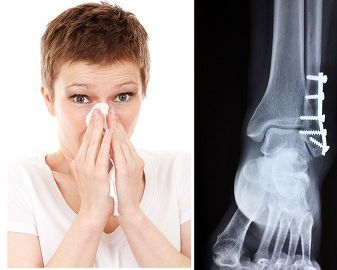 Examples of acute disease are strep throat, appendicitis, asthma, broken bone, influenza, pneumonia, etc. In some cases, there is the requirement of medical treatment or hospitalization, while some may not require any medical attention.

A chronic disease is characterized by the slow and long term progression over the time. These are long lasting or may be for the lifetime. If the disease lasts for more than three years than it is said to be the chronic disease. In the initial stage of the chronic disease, the symptoms are less severe than those in an acute phase.

The chronic disease shows slow progression and results in the severe damage in the body, which can be partial or complete or sometimes leads to death. Elephantitis, diabetes mellitus, arthritis, emphysema, HIV/AIDS, COPD, hepatitis C are some of the examples of chronic disease.

A person suffering from the chronic disease has the higher percentage than of the acute. The risk factors may be age, gender, life style, unhealthy diet, unawareness about a disease, antigenicity, lack of physical activity. Chronic disease can be cured by medications, neither can be prevented through vaccines in very severe cases.

Given below are the few substantial difference between the Acute and Chronic disease:

We discussed the two categories of the disease, along with their character. These conditions described the various health issue by their signs and symptoms. It is seen that chronic condition are much more severe and needs much attention and research because they contribute to disease more and effect physically as well mentally.