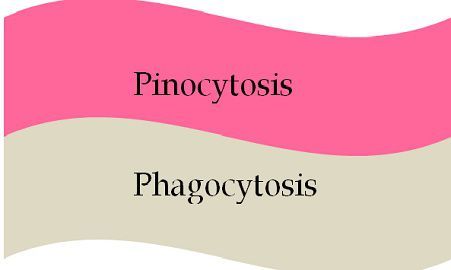 Phagocytosis means “cellular eating” while Pinocytosis means “cellular drinking”. Pinocytosis and Phagocytosis are the two categories of Endocytosis. Both are the active process and requires energy (ATP) as adenosine triphosphate for the uptake of materials. Phagocytosis is an intake of solid particles with the formation of vesicles called phagosomes, while pinocytosis is the intake of liquid particles with the formation of vesicles called pinosomes.

The term ‘Endocytosis’ was given by Christain de Duve in the year 1963. Both the terms refers to the intake of material through the plasma membrane by forming vesicles which are a membrane-bound droplet located inside the cytoplasm of the cell. Endocytosis occurs in the animal cell and very rarely in plant cell as the plant cell is surrounded by the cell wall, which causes hindrance in the invagination of the plasma membrane.

Exocytosis is just opposite process to that of endocytosis in which substances are being allowed to move out of the cell, by a similar mechanism to that of endocytosis and is common in secretory cells. In both cases, endosomes are formed, which is an invagination of the plasma membrane to form vesicles. These vesicles locate the engulfed particles which can be solid or liquid.

Cell drinking is the another name of Pinocytosis. It is the intake of liquid and small particles. Usually, ions, amino acids, sugars, insulin, and lipoproteins are ingested through this method. 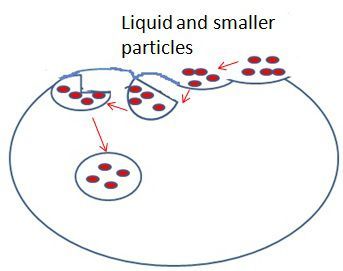 Cell eating is also called Phagocytosis. Here the particles which are to be ingested are larger in size, hence digestive enzymes are required.

Process– Plasma membrane surrounds and fuses with the particles to be engulfed, where phagocytic vesicles are formed called as phagosomes. These phagosomes along with the lysosomes release digestive enzymes which are helpful in digesting the phagosomes. 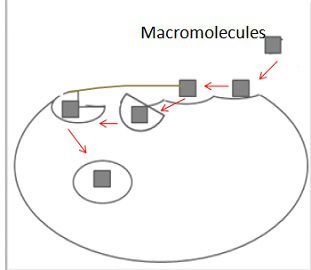 Phagocytosis is most commonly seen in protozoan, amoeba, and in higher animals, including humans, this process helps in engulfing foreign particles, harmful bacteria, virus, and other waste materials.

Key Differences Between Pinocytosis and Phagocytosis

We already discuss, that both the mechanisms pinocytosis and phagocytosis falls under the main process called Endocytosis, given below are the key differences between them:

Cells are considered as a basic unit of life and are well known for sustaining it well. From the unicellular organisms to the multicellular organisms, follows the somehow similar process, they carry almost same biochemical reactions. One of them is Endocytosis, where engulfing of material whether it is a solid or liquid takes place inside the cell through the plasma membrane.