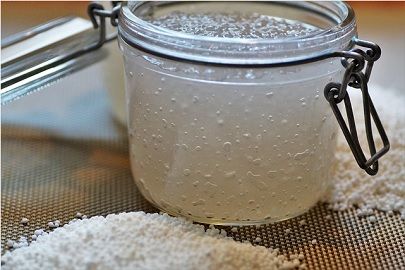 Based on the affinity of the dispersion phase to that of the dispersion medium, the colloids are differentiated into two types: Lyophilic and Lyophobic colloids. Thomas Graham is regarded as the ‘father of colloidal chemistry.

In this context, we will discuss the differences between the lyophilic and lyophobic colloids, with the description of them and their examples as well as biological importance.

These colloids are said to the solvent-loving, as these colloids have a distinct attraction towards dispersion medium. When lyophilic colloids are mixed with the liquids, the strong force of attraction arises between liquid and colloidal particles which results in the formation of such a stable solution.

Proteins, gums, and starch are examples such as sols. Lyophilic sols can be directly prepared by mixing liquid and colloid, and therefore these sols are stable and do not get easily precipitated. But by adding electrolytes in large quantities, the particles can be precipitated. However the quantity of liquid is again increased in the solution, the lyophilic properties can regain the sol, and this is said as the reversible nature of the lyophilic colloids.

In the electric field, the particles of the sols move in a definite direction, and it depends on the charge, cathode or anode or may not move also.

The water-hating colloids are said to be the hydrophobic colloids, and the dispersion is said to the hydrophobic sol. The lyophobic sols are less stable. These are irreversible sols by nature, as adding a small number of electrolytes may cause particles to precipitate and do not regain their original state.

The particle does not move in a definite direction in the electric field and depends on the type of charge they move towards the cathode or anode.

Following are the essential points which exhibit the differences between the Lyophilic and Lyophobic Colloids:

Given below are the critical points on the biological importance of colloids:

In the given article we came to know about the colloidal solution and their properties, and how they variate from each other. We also came to the biological importance of such colloids.