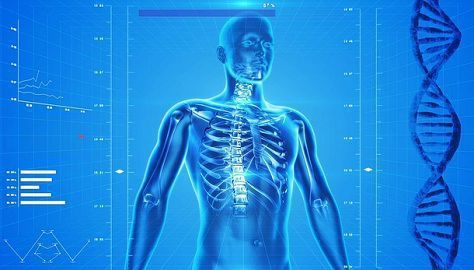 CT Scan uses harmful x-rays ( the form of electromagnetic radiation like light) for imaging, while MRI does not use any radiation and is based on the effect of the magnetic field, radio waves for the imaging of the organs of the body.

CT Scan gives the images of the bones in a much-sophisticated way than the x-ray and is good to check the fractures, tumors, and arthritis but MRI which is popular in detecting the damage of soft tissue. It is also seen that CT Scan is not as expensive as the MRI technique.

Over the decades, a series of modification has been developed in the field of generating x-rays in the more advanced way which can scan even smallest and delicate organs, soft tissues in a short time and with full accuracy. So for this development German physicist Wilhelm Rontgen is credited for the discovery of x-rays in 1895, as he was the first to study them systematically.

Later on computed tomography (CT) was developed in the 1970s, which was the advanced version of the x-rays as well 100 times more sensitive than the earlier one.

Nowadays magnetic resonance imaging (MRI) technique is considered as the enhanced version among all. It is superior from x-ray and CT scan machine as it does not use the hazardous x-rays while scanning, though costly than the other techniques but provides the result with accuracy.

Among the various radiographic tests through which we can evaluate the internal parts of the body. There are three most popular techniques we hear about and are most widely used in the diagnostic centers. First and the old technique is the X-ray which has been used around us since a long time and we can view the bones in two dimensions. But, it is still important technique and is used to check the details about the bones before going for the CT scan or MRI.

Second is the CT Scan, and the last is MRI. In this content, we will discuss the basic differences between the CT Scan and MRI along with their advantages and disadvantages.

CT Scan and MRI are the forms of tomography only, where the imaging of the slices or sections of the body is possible. A CT scanner is a rotating unit of the X-ray tube with the opposing detectors. Firstly it creates the bi-dimensional image of the body which get digitally processed, and this image is further used to generate the three-dimensional image.

The new version of CT scanner contains multi-slice scanners which are multiple rows of X-ray detectors. These scanners have high scanning speed as well as high resolution and generate two-dimensional as well as three-dimensional images of the targeted area (bones). 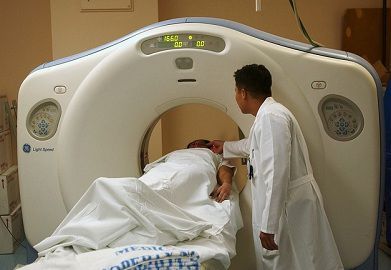 It requires contrast agent which is injected intravenously, in this iodine-based contrast agent are used. This agent allows the differentiation between the tissues and tumor lesions and blood flow system.

CT Scan is proven to be safe technology, but as it relies on the ionizing radiation for creating the image, the caution exists for using any X- rays even the routine chest X-rays, especially in case of pregnant women and children

The MRI scanners use magnetic field technology which provides the excellent result of the scanned non-calcified tissues or soft tissues. It does not use the ionizing radiation as used in X-rays, rather radio waves of specified frequency are used. However, till yet there is no known side effect of using the magnetic fields, but the patient feels discomfort as it takes longer time for scanning and is louder and the tube is narrow and confined. 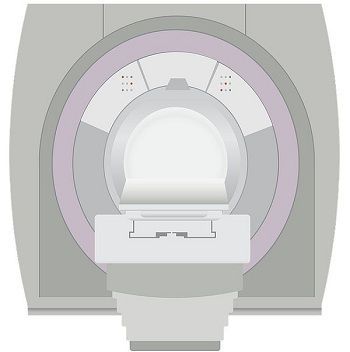 This technique is based on the nuclear magnetic resonance (NMR), where atomic nuclei are placed in the magnetic field they absorb and emit radio frequency energy. But in the MRI the hydrogen atom is used to produce a radio-frequency signal, this signal is further used by antennas close to the part or anatomy to be examined. The hydrogen atom is only used, as it is present in the body naturally and in much quantity of an organism, especially in fat and water. 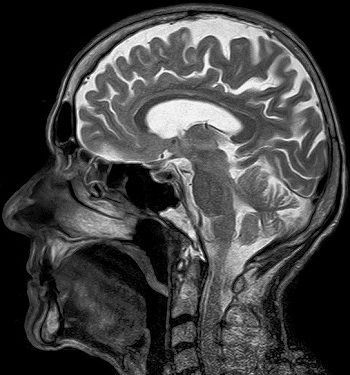 Hence the MRI uses the location of fat and water in the body. Nuclear spin energy transition gets excited by the pulses of the radio waves, the detection coils present in the MRI scanner read the energy generated by the water molecules. MRI uses gadolinium-based contrast dyes. As bones are deprived of water and therefore do not create any image and leaves the black image. The data is in the two-dimensional form, illustrated through any axis of the body

Following points differentiate between the CT Scan and MRI techniques:

CT Scan and MRI are the two most widely used modalities in medical imaging technologies. Both of them can be used for detecting the variety of therapeutics areas, and disease states in biopharmaceutical and medical device trials with other unique benefits too. Both the modalities have advantages as well as some disadvantages, so for this clinical study should be taken into account to use different technology.