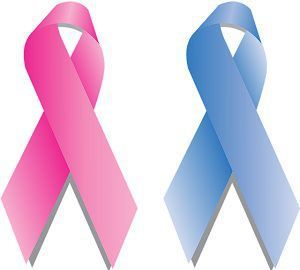 The first thing when the patient is diagnosed with cancer is to detect whether it is a Benign or Malignant. A benign tumor is a stage when the cells show normal growth, but the production of the cell is higher giving rise to the abnormal lump (compact mass). In the case of Malignant tumor the cell shows abnormal growth, they overgrew in numbers uncontrollably, produces lumps and result in the cancerous cell.

Cancer cells, by definition, grow and multiply rapidly, which is opposite to the normal control (called as neoplastic) and can invade surrounding tissues, and colonize distant organs (if malignant). Cancerous cells are thought to arise from a single cell that has experienced an initial mutation and further undergoes many additional mutations, and other related changes in the cell. So we can say that benign tumor is non-cancerous while the malignant tumor is cancerous.

At this moment we will be discussing the general difference between both types of tumors, with a summary on them.

The non-cancerous growth of the cell in the body is called as the benign tumor. They can form anywhere. Whenever a person discovers a lump or a mass in his or her body, which can be felt by touching, one should concern doctor for their check-up.

Most of the tumors in the body are benign only, though the exact cause is still unknown. But is believed that when the cells of the body divide and grow at a higher rate than normal and the body is unable to control the cell growth it is likely to be said as the benign tumor.

As said the exact is still unknown, but it can be due to:

There are many types of tumors, that can get develop in different parts of the body and are named after the part where they grow, like- Lipomas (grows from fat cells), Myomas (from muscle cells), Nevi (moles), Fibroids, or fibromas (found in fibrous tissue), Adenomas (organs and other internal structure of the body).

Diagnosis is done using a variety of techniques, firstly by physical examination, collecting medical history and other imaging techniques like CT Scans, Ultrasounds, X-rays, Mammograms, MRI scans. Most importantly the cells of the benign tumor are surrounded by the ”sac”, which is a protective layer and segregates such cells from the normal cells and hence are easy to detect and removed.

Treatment is not necessary for all the types of benign tumor, until and unless they cause any problem. The doctor suggests simply to wait, but sometimes it also depends on the location of the tumor. Though surgery is the most prominent type of treatment in this. Other include medication or  radiation therapy.

Benign tumors can be hazardous if they press on vital structures like brain, nerves and blood vessels. Maintaining a healthy lifestyle, eating a balanced diet, daily exercising can prevent health problems and cancers too.

The first thing the doctor does after determining the cancer is to detect, whether it is benign or malignant. If the malignant tumor is detected, it means the cells have become cancerous. In Latin “badly born” is taken for malignancy. As discussed earlier the most important factor is the uncontrollable growth, multiplication of cells, which metastasizes (spread) to other parts of the body and even invades the surrounding tissue.

Cancer cells acquire the special properties like alterations in cell signaling pathways, ignoring the cell signaling which controls the cell proliferation. The cancerous cells are highly unstable and travel to other parts by blood stream, lymphatic system or circulatory system.

The widely accepted causes of cancers are:

It is observed that malignant tumors do not have symptoms at the initial stage, but it can detect by the pain in lumps in any part of the body. Gradually with the growth of these cells, begin to press against the organs, nerves, blood vessels, pain and soreness at the site of occurrence.

There is about 200 type of cancers; the biopsy is often used in determining the cancer results. Staging method is also used to determine the stage of cancer (0-4), the higher the number, the more aggressive the cancer is.

The protocols for treatment may vary with the type and stage of cancer, the person suffering from. However chemotherapy, radiation therapy is the most common type of treatment given to the patient.

Given below are the noteworthy points which distinguish benign tumors to that of malignant tumor:

Tumor, by definition, can be defined as the rapid growth and multiplication of the cell which is against the normal control resulting in the form of lump or mass. If these mass is not harmful and is painless, they are said to be as the benign tumor. But if the lumps or mass metastasize (spread) to another part of the body and are painful, which can be life threatening too are called as the cancerous cell or malignant tumor. Hence one should visit the doctor as soon as he or she feels such symptoms in the body.