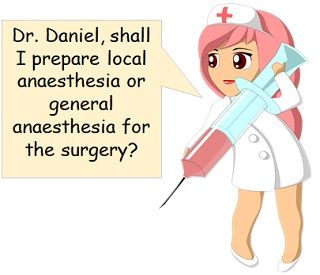 We can categorize anaesthesia into two prominent categories- local and general, based on the site and potential of action.

Local anaesthesia is preferred during minor surgeries. Doctors use them when they want to numb only a particular region of your body. Even after injecting them, the patient remains conscious of his situation and can feel the other emotions.

In contrast, general anaesthesia is the one used in major surgeries where multiple body parts are to be treated. These are the cases where the doctor wants the patients to be completely unconscious and still.

In this context, we will discuss the significant differences between the local and the general anaesthesia with a comparison chart and a brief description.


Meaning of Anaesthesia, and Why is it required?

Anaesthesia simply means “loss of sensation“. It refers to a kind of treatment given to a patient before performing a surgery, implant or any other medical procedure that may cause pain.

During the operations, the surgeons would need the patient to be still and straight so as to avoid any mistakes. But if the person is aware and conscious, he will react and may try to move.

To avoid such a scenario, specialized doctors known as anaesthesiologists inject anaesthesia drugs to keep them from feeling pain and make them unconscious to avoid movement while operating.

What is Local Anaesthesia?

In ancient times, when anaesthesia originated, the anaesthetics were used to numb the entire body even if only a certain area was to be operated on.

But with advancements in medical science, now there are drugs available that make it possible to play only with the desired region of the body during surgery. These drugs are known as local anaesthetics.

Local anaesthesia aims to numb up a small area of skin or an organ. They are mainly used in minor surgeries where the complete loss of consciousness is not needed. Medical professionals also use them to relieve pain due to some disease conditions.

This type of anaesthesia is comparatively simpler as it does not require any special preparation, except for keeping a check on allergies. Also, there is no need to worry about all the body’s vital processes while working with them. 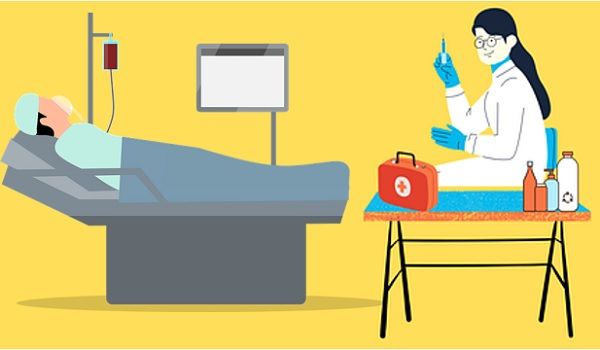 Examples of some minor medical procedures where the local anaesthesia comes into play are:

Characters that local anaesthesia may possess

What does the local anaesthesia involve?

The local anaesthetics are available over-the-counter (OTC) or via prescriptions based on their intended use. They are available in the form as follows:

Side effects of Local anaesthesia

These are generally safe medicines as they act only over a particular area. They do not cause any effect on the adjacent body organs.

But in some cases, this local anaesthesia can induce some side effects like:

How long the effect of local anaesthesia lasts?

Local anaesthetics start producing numbness in that region within a few minutes after injecting. Post-surgery, its effects might last for a few hours. The patient might feel heaviness and dizziness even after awakening as the medication wears off naturally.

Giving the local aesthetics doesn’t need to call for an anesthesiologist. Instead, the surgeon can give the anaesthesia and monitor it by himself.

What is General Anaesthesia?

Some of the major surgeries, as well as some critical diagnostic procedures, require the patient to be completely immobile. In order to do so, then it becomes necessary to lower the patient’s consciousness level until the patient is in a deep unconscious sleep. 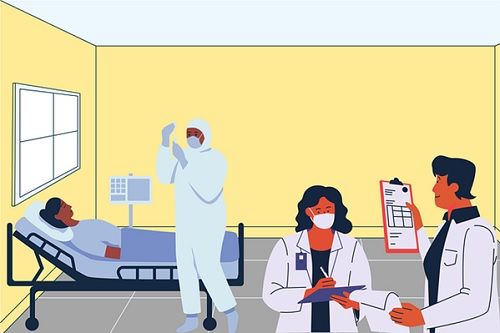 The medications or drugs used to achieve the conditions mentioned above are general anaesthesia.

These drugs ensure that the desired procedure continues without causing pain to the patient. Also, they facilitate the doctors to operate with thorough concentration and comfort since the patient remains still.

Unlike the local anaesthetics, these drugs affect the entire body; thus, some special preparations are essential to administer safe anaesthesia.

The patient will have a consultation session before any surgical or diagnostic process where general anaesthesia is to be given. This session will be conducted with an anesthesiologist. He will review some necessary points like: 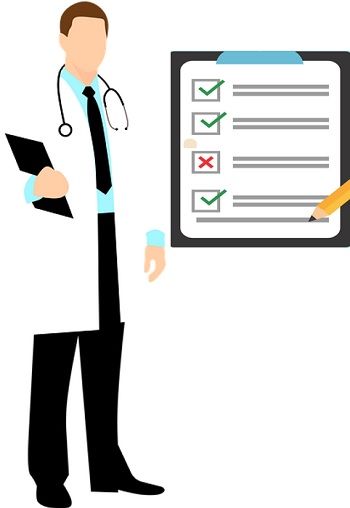 What does general anaesthesia involve?

General anaesthetics are basically inhalations or intravenous. The anesthesiologist administers general anaesthesia as a gas that the patient inhales through a mask. Or it can be in a liquid form which he receives directly into the veins via injection.

Once taken inside the body, it shows a quick response, and the person eventually starts to feel lightheaded and dizzy. After a few moments, he enters into a deep unconscious sleep, and then the medical procedures begin.

Doctors can fluctuate the dosage of the anaesthetics according to the pace of other vital functions, including-

A specialized and skilled anesthesiologist is needed to give the general anaesthetics.

Side Effects of General Anaesthesia

Even though the medical professional takes proper precautionary measures before using the general anaesthetics, but still they might lead to some health issues like:

How long the effect of general anaesthesia lasts?

Since the general anaesthetics affect the entire body including all the organ systems, thus it takes comparatively more time for a patient to be fully awake. The patient may require a few hours or even days to become completely conscious.

The above post will provide the key differences between general and local anaesthesia along with all the necessary information.