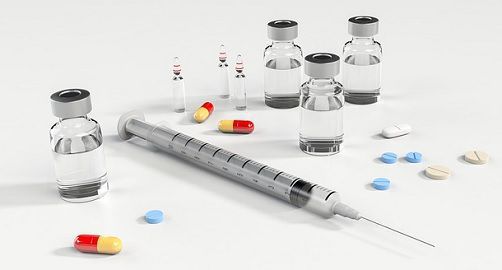 The small outgrowth or pouch kind of lump found beneath the skin is known as the cyst, while a tumour is an abnormal growth or mass or swelling of tissues. Identifying lump or bump under the skin area is quite disturbing, but these are not always harmful. The two most common types of lumps are cyst and tumours.

Though it is difficult to differentiate them, as these are found almost in same places of the body like one can have ovarian cysts as well as ovarian tumours.

With the development of medical science and in-depth research in this field, it was found that these two terms have few critical discriminations between them.

Sometimes it is hard to conclude even for medical professionals that whether it is a cyst or a tumour. But there are few tests of the lumps performed under medical supervision which can quickly determine the cyst and the tumour and will provide the best treatment to get rid of these life-threatening medical conditions.

Though it is advisable that one should immediately visit doctors, whenever the person feels any swollen or red lump, continuous itching, bleeding from the lump, etc.

On the way of highlighting the points which distinguish between the cyst and the tumour, their occurrence, causes and diagnosis. We are also discussing them in detail in this article.

A cyst can be defined as the small lump or bump or sac of tissues filled with air, liquid or semi-solid material. A cyst can appear in any part of the body. Mostly cyst is non-cancerous, and treatment depends on various factors like location of the cyst, whether the cyst is infected or not, type of the cyst.

The cyst is among commonly occurring abnormality in people of any group, area and age. There are around a hundred different types of the cyst and may occur due to various medical issues. Few common names of cyst are the Sebaceous cyst, Ganglion, Breast cyst, Epidermoid cyst, Chalazia, Ovarian cyst, Pilonidal cyst, Cystic acne, Baker’s cyst, Nabothian cyst, Dermoid cyst.

Small blockages in the flow of body fluid or wear and tear or even small defects during the embryonic development can be the reason for the cyst formation. Infections, inherited disease, chronic inflammation, tumours are the risk factors of the cyst. The cyst can be easily treated by the general physicians, or by the surgeon, though it depends on the size of it.

A tumour is not the same as cancer, these words are used interchangeably sometimes, but they variate in many aspects. Tumours can be defined as abnormal growth of the mass of tissue, due to continuous division and growth of the cell. The cell growth is rapid and in an uncontrolled way which results in accumulation of the abundance of cell in an area and forms an enlarged morbid or swelling.

The synonym of a tumour is the neoplasm, but not of cancer. Though some tumour can be cancerous too, due to the potential of the cell present in it, which can metastasize (metastatic property) and spread from one place to another and the unconditional growth and division. Tumours can be benign (non-cancerous) or malignant (cancerous).

Benign Tumors – It is the non-cancerous type of a tumour. The cells of this tumour do not spread or invade the nearby tissue. Though they can be harmful if they affect the nerves and blood vessels. The reason for occurring benign tumour can be due to long-term infection, exposure to radiations, stress, diet, etc.

Likewise, the cyst, Benign tumours also do not need any treatment, until they are not harmful to the nearby tissues or creating any problem. The standard treatment for such tumour is the surgery, which targets to remove a tumour without harming the nearby tissues and organs. Fibromas, Adenomas, Lipomas, Hemangiomas, Meningiomas, Myomas, Nevi (moles), Neuromas, Papillomas, Osteochondromas are few types of benign tumours.

Malignant tumours – Malignant tumours are the cancerous tumours and can be life threatening too. They have high resistant to any treatment and have the potential to spread to any part of the body (metastasis) and have higher chances of reoccurring. The cells in this type divide in an uncontrolled manner and abnormally.

The diagnosis and treatment are based on the area or location of a tumour in the body. Diagnosis is done by using tumour markers and other imaging techniques. Treatment like chemotherapy, surgery or radiations and other care is given to the patient. Germ cell tumour, Sarcoma, Carcinoma, Blastoma are some of the malignant tumours.

Key Difference Between Cyst and Tumors

Given the below points are the critical one to distinguish the two very known medical terms which are cyst and tumours:

From the above article, we came to know that the terms like cyst and tumours are different and one should not get confused. Though in the era we are living and evolving day by day and we find a lump or a bump in any part of the body it can be scary. But it is always suggested that one should immediately visit doctors for the proper diagnosis and medications.