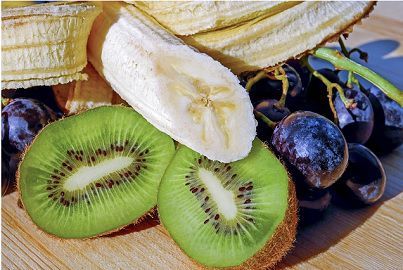 These three polysaccharides differ in their glycosidic linkages and their functions too. Starting from the cellulose which is the monomer of beta glucose and is found in plant cell wall only. While Starch and Glycogen act as the carbohydrate reserve in plants and animals respectively. Though their chains have slight differences at the branching point, which is described below.

We all are aware of the importance of carbohydrate, whether it is plants, animals (including humans), or microorganisms. It is the most abundantly found organic substances and has the significant value, as it acts as the dietary source and also serves as the structural component, provides energy.

Carbohydrates are further classified as the monosaccharide, disaccharide, and polysaccharide. This classification is on the number of glucose or sugar units linked to each other. With this, we will be discussing the difference between the three main polysaccharides, which marks their presence adequately wherever needed or required.

Cellulose is solely found in the plant only and is absent in vertebrates. In plants, it acts as the structural component and is present in the cell wall, especially in trunks, the woody area of the plants. Cellulose is the polysaccharide and is made up of numerous glucose units linking together forming the long chain.

Termites can digest cellulose, as they contain a microorganism, Trichonympha, which secretes cellulase enzyme and thus can hydrolyze the β(1-4) linkages.

Another type of polysaccharide, acting as the chief carbohydrate reserve for the plants, and the principal dietary source for the animals and humans. Starch occurs in two types of polymer amylose and amylopectin. Both the polymers are composed of the D-glucose, with the alpha glycosidic bonds known as glucan or glucosan.

Being of the same the glycosidic bond, amylose and amylopectin differ in their properties. Amylose contains unbranched, long chain with α(1-4) glycosidic bonds, vary in their molecular weight. Amylose is insoluble in water.

On the other hand, amylopectin contains highly branched chains, with the α(1-4) glycosidic bond and α(1-6) linkages at their branching point (occurring at every 24 to 30 residues). Amylopectin has high molecular weight and is soluble in water. Starch is mainly found in cereals, vegetables, roots, tubers, etc.

Glycogen, often termed as animal starch, though found in plants that do not contain chlorophyll like yeast, fungi, etc. It is also the homopolysaccharide having the glycogen bonds or linkages similar to that of the amylopectin, with the more branches. Glycogen has the α(1-4) glycosidic bonds with the α(1-6) glycosidic bonds at the branching points (occurring at every 8 to 12 residues).

Glycogen has short but highly branched chains with high molecular weight. It is abundantly present in liver, and also found in the brain, skeletal muscles, etc.

Following points are the key differences between the three types of polysaccharides:

Participation of carbohydrate is seen everywhere and in various forms. Thus the above explanation was to know about polysaccharides (types of carbohydrates) and their components in the much better way and how they differ from each other.