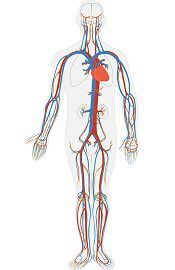 In the heart of mammals, two types of system or circuits are found in the blood circulation; these are systemic circulation and pulmonary circulation. These two systems emerge and terminate in the heart only.

Transportation of materials between the tissues and organs is necessary to perform all vital functions of the body. The oxygen must reach each cell, and the carbon dioxide should be carried away, the same is with the nutrients and the hormones which should be distributed equally. The main role is played by the circulatory system in all these transportation.

The upcoming points of this article are focused on the functions and role of arteries and veins which distinguish them from each other.

Artery (plural form – arteries), in human physiology, is the kind of blood vessels that deliver oxygenated blood and other nutrients from the heart to the tissues of the body.

The artery is the muscular tube, in soft tissues, consisting of three layers. These three layers are the intima, the media and the adventitia. These soft tissues transport blood under the high pressure exerted by the heart, during its pumping action. 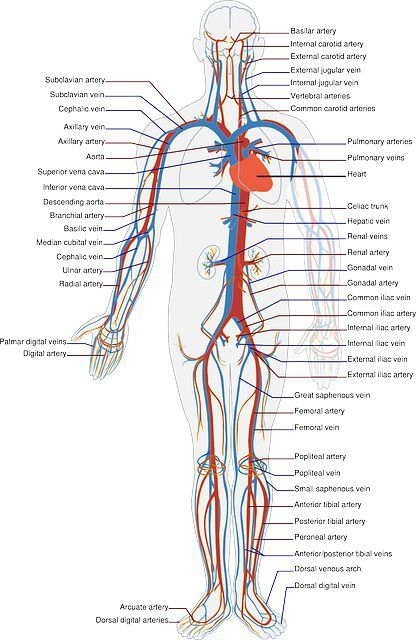 The arteries and the arterioles contain the more smoothe muscles in order to regulate the changing pressure during blood flow. This pressure is the result of the pumping of the heart. This pumping is in two-phase – the diastolic phase and the systolic phase.

When the heart is in the rest period, it is said the diastolic phase. Here the blood pressure is low. But in the systolic phase, there is a contraction of the heart which results in the increase in the pressure and forcing the blood to the arteries. This fluctuation of pressure is felt at the time of checking the pulse rate.

The exception is the pulmonary artery, which carries deoxygenated blood to the lungs to get oxygenated and making out the excess of the carbon dioxide.

When the oxygen present is blood is used by all the organs and tissues of the body to perform their function, and in return, they give waste products and carbon dioxide back to the blood. This waste product and the deoxygenated blood is carried by the veins to the heart from the tissues and organs. So their functions are opposite to that of the arteries.

When the oxygen present is blood is used by all the organs and tissues of the body to perform their function, and in return, they give waste products and carbon dioxide back to the blood. This waste product and the deoxygenated blood is carried by the veins to the heart from the tissues and organs. So their functions are opposite to that of the arteries.

This deoxygenated blood after travelling to the heart is sent to the lungs, here the oxygen is replaced by the carbon dioxide and is again taken back to the tissues and organs of all parts of the body through the arteries. Depending on the location and function, veins are also of different sizes. 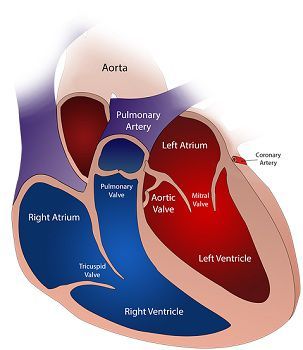 The largest vein is found in the centre of the body, which is connected with all the small veins of the body. This largest vein is the collection centre, for all the deoxygenated blood carried by the smaller veins. The superficial veins are the veins closer to the skin surface. The deep veins are found in the closer and deeper to the centre of the body. The perforating veins connect the superficial veins with the deep veins.

Like the arteries, the veins also has three layers – Tunica Intima, Tunica Media and Tunica Adventitia. The Tunica Intima is the innermost layer, made up of the soft tissues and muscles. These are in direct contact with the flowing blood.

The exception is here also, which is pulmonary vein. This vein carries oxygenated blood back to the heart, from the lungs.

Key Differences Between Arteries and Veins

Following are the noteworthy points to distinguish between the two components of the circulatory system:

Arteries and Veins, both are the part of body’s circulatory system, subjected to carry blood in the body. They both play the significant role in the body. Being the part of one organ, both differ in their functions, but the complication in anyone may cause a problem to the whole body.

Hence it gets mandatory for the person to consult health care professionals if they feel any such problem.