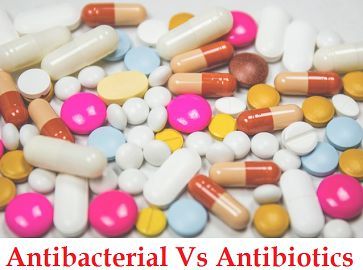 As anti means ‘against’ and bio means ‘life,’ so antibiotics are considered as one of the most important class of drugs of which antibacterial is one of most important. Penicillin was the first antibiotic discovered by Alexander Flemming, later on, other drugs like Amoxicillin, Cloxacillin, Cephalosporin, Aminoglycosides were synthesized.

Antibiotics and Antibacterial can be obtained naturally, synthetically or by semi-synthetic mode. All of them differ in their mode of action where some drugs inhibit the synthesis of the cell wall, while some restrict the production of the protein of harmful microorganisms.

So before taking any drugs, one should consult healthcare professionals, and it’s necessary to know about the kind of infections occurred, as Antibiotics and Antibacterial are non-functional on the viral infection.

Many kinds of drugs are produced like Cephalosporin(isolated from fungus), Penicillins, Tetracyclines, sulfa drugs and fluoroquinolones.The antibacterial agent is now found in products such as deodorants, mouthwashes, soaps, cutting boards, and baby toys.

Antibiotics differ in their mode and site of action, for example, few antibiotics are capable of inhibiting the cell wall synthesis of bacteria while other inhibit the protein synthesis. Antibiotics can be antibacterial like Bacitracin or can be antifungal like Nystatin.

Key Differences Between Antibacterial and Antibiotic

Health-care professionals widely use the term antibiotic and antibacterial, and these are among the most prescribed drugs by them, following are the few key differences between the two terms:

The anti-infective therapy revolves on three factors which are: drugs, kind of causing microorganisms and infective host. Hundreds of drugs discovered till date used against the action of harmful pathogens to the body along with different working. But their main function is to destroy the infective agent without harming the host cell whether it’s an antibiotic, antibacterial, antiviral or antimicrobial.