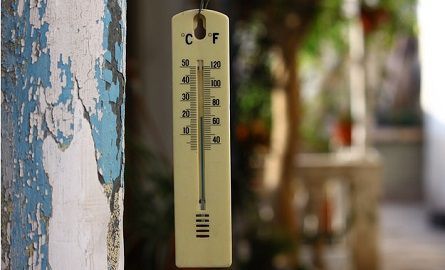 Although there are other factors, which make them different from each other like the matter of acceptance. As due to the easily right property, Celsius is used all over the world, except in the United States, as they use Fahrenheit as their measuring tool. Celsius is also not accepted in some places, where Kelvin (another way of measuring temperature) is used.

Celsius is the simplest way of measuring temperature. However, the value of these measuring scale is convertible to each other, by applying certain mathematical calculations, which is described below.

Celsius scale is the part of the metric system and is used to measure the temperature in many countries. Celsius was earlier known as centigrade scale; it is denoted as°C (the Celsius scale). This is the easiest method to understand the temperature reading.

Celsius was introduced in mid-1700 by ‘Andres Celsius‘. Taking water as the base, they have set certain standard values, which is clear to figure out. Like the freezing point of water is 0°C and the boiling point is 100°C. The normal human body temperature is 32°C, and the absolute zero value is set at -273.15°C.

As we said that the values are interconvertible, by applying some easy calculations, so here is the way to change the Celsius to Fahrenheit.

This is another parameter to measure temperature but nowadays used in United States (US) and few of its territories. It was originated by the physicist ‘Daniel Gabriel Fahrenheit‘ in 1724. The relative’s values like freezing and boiling point of water make the difference. According to this parameter, the boiling point of the water is 212°F and melting point 32°F, and so it makes the difference of the 180 degrees exactly.

The Celsius scale and the Fahrenheit scale coincides at -40°, which is same for both. Even normal human body temperature is 96° on this scale and the absolute zero –459.67°F.

Likewise, the values of Celsius to Fahrenheit is interconvertible, and the same can be done from Fahrenheit to Celsius.
°F to °C: Subtract 32, then multiply by 5, then divide by 9.

And so from the above example, it is easily understandable to convert the given values in Celsius to Fahrenheit.

Key Difference Between Celsius and Fahrenheit

Upcoming points are the key differences between the two important parameters for measuring the temperature which is Celsius and Fahrenheit:

However at two first glance, the two seems to be different, but after getting in details, we found that the way of measurement of the two scale is only different.